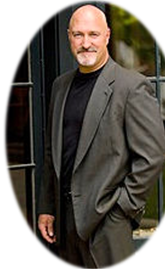 THE COOLEST ADVENTURE IN ACTION STORIES

Raised in Tennessee, David Vandiver grew up in a loving family.  He graduated from Marshall County Senior High School, lettering in Football, Golf and Tennis while making Honorable Mention with the All Mid-State Football team.  In college, he played two years of College Football at MTSU.

David travelled the nation with Comdata during which time he trained as a body-builder and finished fifth place in the regional qualifier for Mr. America.  Shortly thereafter, he became a professional wrestler working with WWF, WCE and NWA with live matches on television as Gentleman Jim Corbett, Ta-Gar, The Masked Assassin and The Lumber Jack.  He has a BA in Management/Human Relations from Trevecca Nazarene University.

David conducts Super Hero Seminars for teens and pre-teens from grant which sponsor each event.  Seminars have been supported through grants and underwriting since 2010.

David and his wife, Molly reside in Franklin where David explores his passion for storytelling with the fascinating character of Vandiye.